Here’s a few jams from this afternoon. Had to rearrange the apartment so I’m in a new setup. Turned out pretty well I think. Check it out

My wife ( http://www.melodysaccone.com ) let me know about a juried art show coming up that is accepting submissions. The theme of the show would be Upcycling. Recycling garbage or other waste(garbage sounds terrible haha) into works of art, so I was gonna finish painting my door, or maybe turn in one of the crazy sci-fi guns that I’ve made, but then I saw this huge, ugly painting near a dumpster in our development. It was perfect.


This is some great progress so far in my humble opinion. haha I still can’t wait to see how it all turns out though.
Needs something though…. See you guys soon.

Luckily for me I was able to find out about an exhibition at a prestigious corporate campus, and I was accepted by the jurors to participate. I was even graced with the honor of the third place award. Thank you very much to Artworks Trenton, and Munich RE for the amazing opportunity and generous prize.

First prize was taken by Oki Fukunaga with his amazing sculpture
https://www.facebook.com/oki.fukunaga

Second Prize was Kevin Hogan with his “iPhone only” photograph
https://www.facebook.com/Nagoh

I was awarded third place for this painting, I call it
“Innoventioneering”

I can’t express how lucky I feel to have won an award at a show where there were so many talented individuals and so many creative works of art. Thanks again to Artworks and Everyone at MunichRE. Also, thanks to all the Allegory members that were in the show, at the show, and at home supporting me and cheering me on. Love all you guys.

Some friends of mine invited me to play some songs on their podcast! I had a great time and also got a chance to plug Allegory Lab! Haha Check out http://www.diningroomradio.net and listen to their musings!
A good time was had by all.

Plus they made the best flyer ever. How did they know? haha

I want to start at the beginning.

I can’t remember when I first wanted to play guitar but, I remember getting my first one when I was 13 right before i moved to Louisiana. We bought a white and cream squire strat and then went to Stewart’s as my dad sang Brian Adams( “Got my first real six-string….bought it at the five and dime”). I had absolutely no idea what i was doing and didn’t get lessons (also living in La for my first year and completely alone i learned practically nothing and almost warped the neck after tuning it way to high.), I just bought guitar magazines and learned from tab. Even though I loved Nirvana more than anything, I still never learned about even the most basic power chords for years, but in the meantime I found Sonic Youth and fell in love with the Avant-garde dissonant style of the early records, that along with their crazy tunings and noise and I found something for me, alone. After being in a highschool Nirvana cover band, I started a band with people who had never played before and wrote songs using whatever I wanted. No rules or even experience. It was amazing. Well, while it felt amazing it sounded terrible. I think I reached a real good direction by the time I moved back to NJ, but since I had just discovered “Punk Rock”(nothing progressive, just cliche stuff like Ramones, NOFX and all the fat wreck chords bands). I forgot all about arty, creative stuff and focused primarily on loud and fast as priority. I got into really cheesy pop-punk stuff(with the exception of Get up Kids and Lifetime though). I didn’t know anything about theory or scales or anything really, so I used power chords and basic Major chords. I played alot of bass over the next few years until Site 3 broke up and I started writing acoustic solo songs then that were simple pop songs (you can hear them on http://www.bandcamp.com/johnasaccone under Pre-dino days). I played out a little bumming shows off friends’ bands but I still looked for a band. I wanted something different, I was so lucky to find Dino Velvet. Not only were they all such amazing musicians and the songs unlike anything I had ever heard, but they introduced me to some of the music that has made my life so much better over the years. Music that I will listen to for the rest of my life, music that has inspired me more than I ever thought possible and does every day. In that band I found the freedom that I had before I learned anything but with the focus of experience and education that I had never had. I tried to experiment with different time signatures and slightly dissonant stuff with my acoustic outings after Dino split, but I was too depressed and instead gave up on music for my other passion, Visual art. I didn’t write or play for years after that. Then a few years ago I got the itch something bad and I knew I needed to make music again, but this time I was gonna do it right. I thought that since I had done everything: the acoustic thing, the full band thing, the background band member, punk band, pop band, metalcore band, grunge band, I would get a pedal board together (having never used anything more than a distortion pedal and a tuner) and learn how to use it so that I could make some music that encompasses all that I know how to do with all that I can do. I just want to learn to make music that I have never heard before. I hope that I can do something that I can be proud of, but I willing to wait. I hope you guys all are too. Thanks for coming to the site.

http://www.johnasaccone.bandcamp.com
new recordings will be up soon. I’m gonna do some live home recordings to replace the “Moleskine Musings” recordings that are up.

thanks to Bobby Bates @ http://bobbybatesphotography.pixieset.com for the awesome shoot!

I have finally recorded the 2 new songs that I have finished since starting to write music again. I will definitely have more coming soon, as I have a few more in the works and plans to play out soon.

One more thing! I’m gonna be on the local NJ music podcast Live from the Dining Room!
monday at eight on http://www.diningroomradio.net
also available for download at Itunes store by midnight that night.

Detail of a new work in progress. Working on 3 thing right now! Keep checking back!

Here’s a work in progress…. 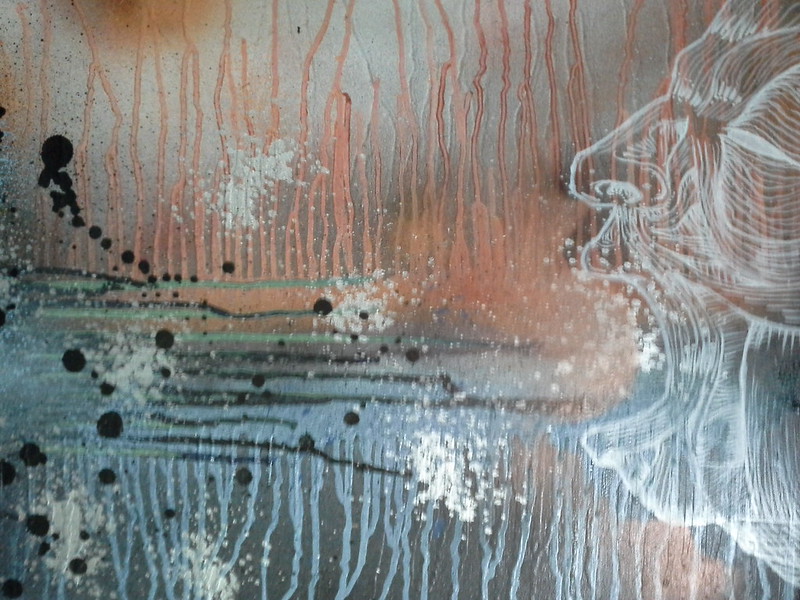 We will be holding a reception for the exhibit that we will have up for the next three months at the Straube center in Hopewell/pennington area. As you can see on the flyer above, the reception is from 7-9pm. Please try to stop by and see our work, but you’re free to come see any of the work during weekly business hours. Thanks to everyone that helped us get here, My loving wife( http://melodysaccone.com/ ), Addison Vincent of Artworks Trenton (and Allegory Lab haha http://www.facebook.com/AddisonVincentFineArt ), The lovely and talented Bobby Bates (http://www.bobbybates.net/) and Alisandra of The Straube Center. (http://www.straubecenter.com)

5X7 plus frame. marker on glass with collage

5X7 plus frame. marker on glass with collage

Melody drew this. Josh wrote it.

Artwork and musings from a 30-something woman